In 1984, my good friend and colleague, Ruhi Hamed*, had recommended me to a new, notably 'black'*, advertising group, 'London Against Racism', which had been given the contract to create a campaign promoting Anti-Racism in London by Ken Livingston and the Greater London Council (GLC).

Steve Podmore had contacted me through Ruhi and invited me to join the team. My first venture into commercial advertising was, like nearly everything I have done, a wonderful learning experience, and certainly a rich, fruitful and creative one.

I produced reams of ideas, some of which are featured here. My archive contains several A4 and A3 volumes of sketches and notes - for interested researchers.

Notes on the campaign to follow: meeting Ken Livingston and some others; the failure of the campaign; the lost masterpiece; and more.

Some of the posters by the group.

01a - London Against Racism 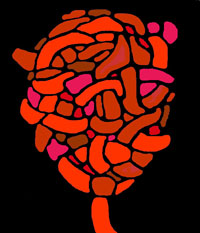 01a - London Against Racism